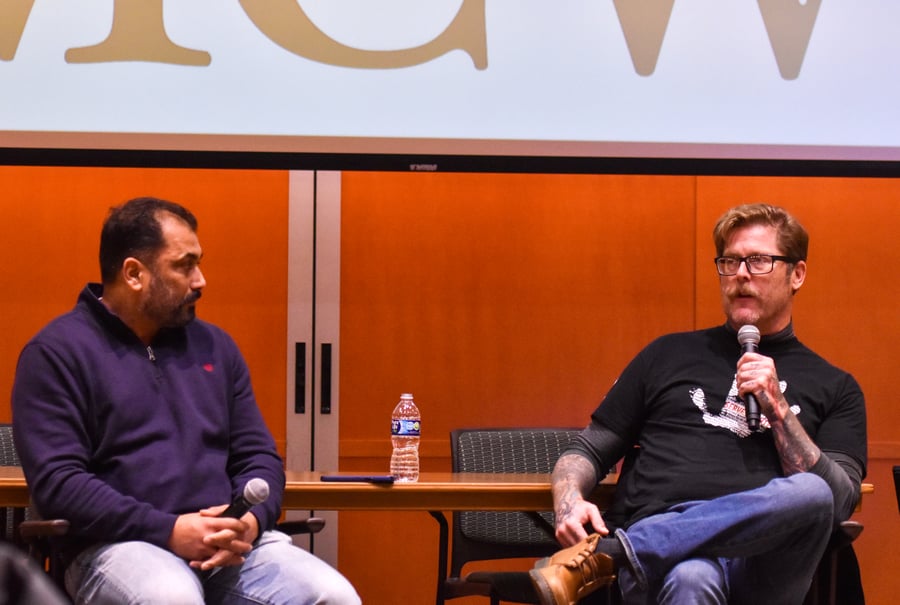 Racism and its role in Wisconsin public health was the focus of an engaging presentation and discussion at the Advancing Behavioral Health initiative (ABH) Learning Community event in December 2022. The two-day event gathered representatives from the 10 Wisconsin community coalitions involved with the ABH initiative: an eight-year, up to $20 million commitment to advance mental and behavioral health outcomes in participating Wisconsin communities funded by AHW. Now in the fifth year of their projects' implementation phases, attendees shared project updates, exchanged ideas, and learned about timely behavioral health topics and trends affecting Wisconsinites.

A pair of unlikely friends and colleagues led a presentation on racism and public health: Pardeep Kaleka, whose father was one of the victims of the Oak Creek Sikh temple mass shooting in 2012, and Arno Michaelis, a former white nationalist. Kaleka and Michaelis spoke about the life experiences behind their shared passion for breaking the mental and behavioral health cycles that propagate hate and racism.

Responding to Racism with Bravery

Kaleka has been a Wisconsin resident since his family immigrated to the U.S. when he was a small child. Raised in the Milwaukee area, he previously served his community as both a police officer and educator, roles in which he became familiar with the race-driven issues and challenges faced by the city's at-risk youth. He and his family are also very involved with the Oak Creek Sikh temple, which his father co-founded. 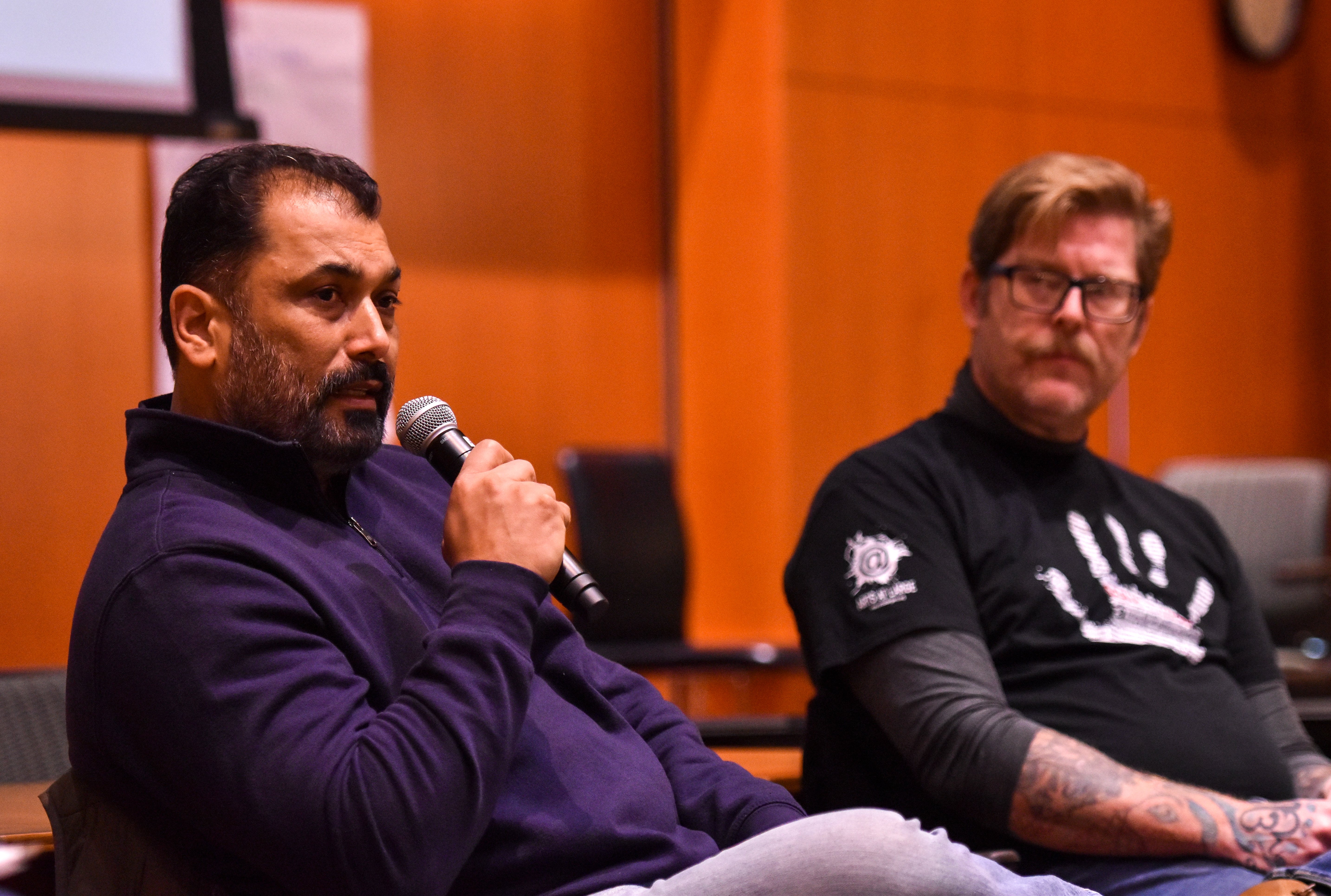 On Aug. 5, 2012, a white supremacist entered the temple and fatally shot six people, including Kaleka's father. As Kaleka grappled with the aftermath of the race and hate-fueled crime, he was keenly aware that other minority groups worldwide were watching his community's reactions. Despite their grief and anger, the Sikh community focused on moving forward with courage and bravery, modeling their values and beliefs.

Now, ten years since the shooting, Kaleka commented on the recent uptick in the number of hate groups and hate-fueled incidents in America–a near-20% increase in hate crime incidents across the Midwest alone, according to the Anti-Defamation League. He encouraged ABH community coalition partners to bravely take on the often-challenging conversations surrounding the behaviors behind such incidents and to focus on addressing the feelings of hatred and racism that are often projected onto vulnerable populations.

Encouraging Compassion in the Face of Hateful Behaviors

Michaelis grew up in Milwaukee's affluent Mequon suburb under what many would call privileged circumstances. However, he faced challenging family dynamics influenced by his parents' alcoholism and mental health challenges. Michaelis discussed the link between his difficult home life with the antisocial behaviors he started exhibiting in his youth, including violence and alcohol abuse. Ultimately, he became a follower of white nationalist ideology. 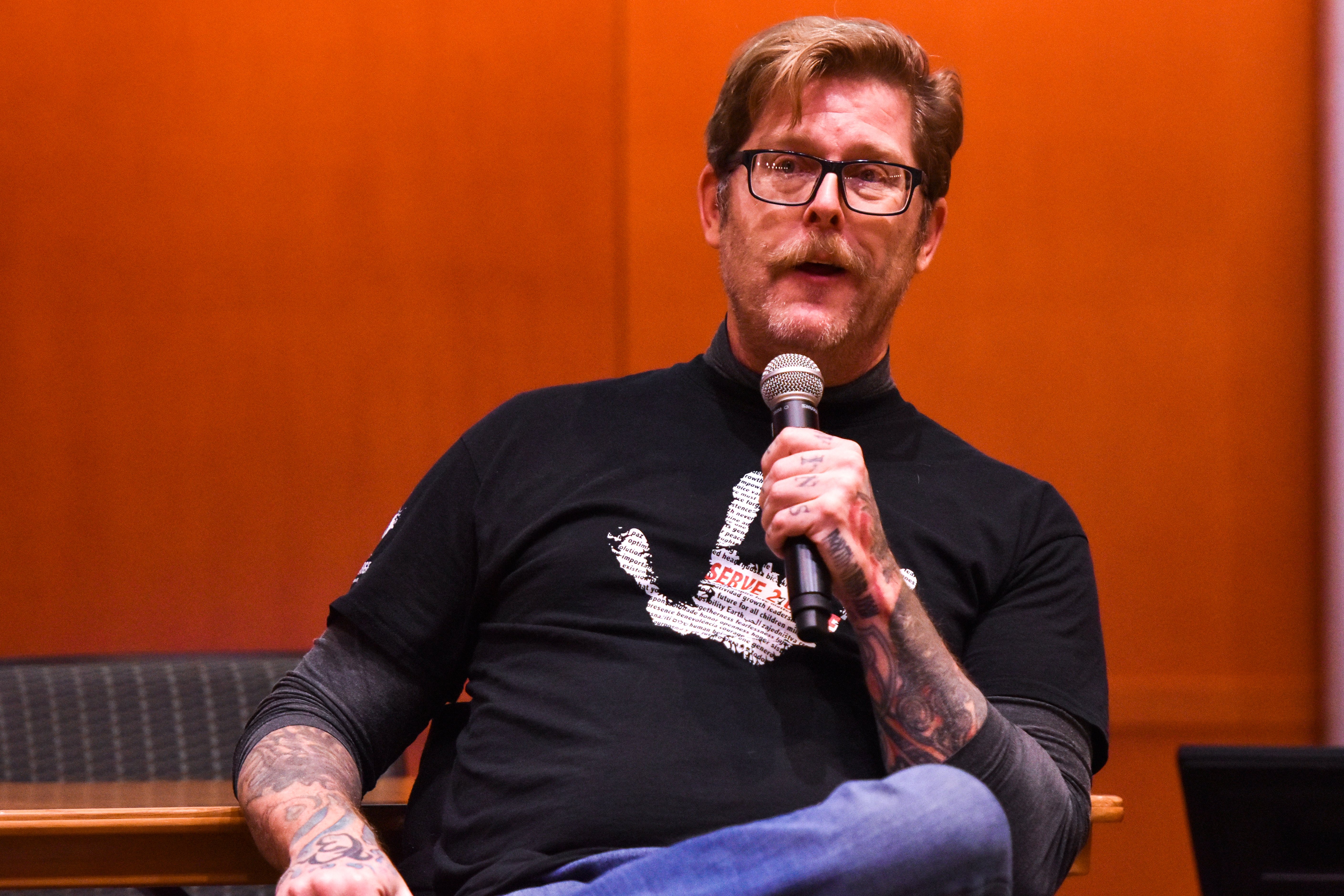 What ultimately broke Michaelis of his extremist beliefs was the kindness shown by the people he once hated. As he met and built relationships with people who were not white and whose lifestyles were unlike his own, he recognized and appreciated their compassion and friendship. Michaelis realized that white nationalist ideals no longer aligned with his views and values. He recounts his experience leaving white nationalism in his book, My Life After Hate.

Michaelis reminded the ABH learning community event attendees that, for followers of extreme ideologies, there is an ever-present fear that they are hated for their nationality, which controls and dictates their thoughts and actions. He suggested that showing compassion for a follower's thoughts and feelings is essential to begin conversations that might shift their thinking away from extremist ideals and racist viewpoints.

"When we approach these conflicts with compassion, we put ourselves in a position to do real work and to change hearts and minds… to get people who are stuck in concrete ways of thinking to maybe think about living their lives differently: Compassion is the way to do that."

A Shared Mission to Fight Hate

In 2012, Kaleka and Michaelis met and bonded over their shared experiences growing up in and around Milwaukee, parenting their children, and their commitment to promoting compassion and forgiveness in the fight against extremism. They co-authored The Gift of Our Wounds: A Sikh and a Former White Supremacist Find Forgiveness After Hate, a book that tells the story of their friendship and their work on their mission to fight hate.

During their ABH learning community event presentation, the friends addressed attendees' questions and comments about navigating mental and behavioral health issues related to racism. They also touched on the importance of recognizing the influence an individual's experiences and mental health can have on their adoption of extremist ideologies.

Kaleka addresses these issues in his work as a de-radicalization psychotherapist with Parents for Peace, a nonprofit support hotline for friends and family of individuals (often juveniles) swept up in extremist movements. Through referrals from parents and courts, Kaleka provides counseling focused on listening to the individual's pain, addressing their experiences, and helping them move forward. 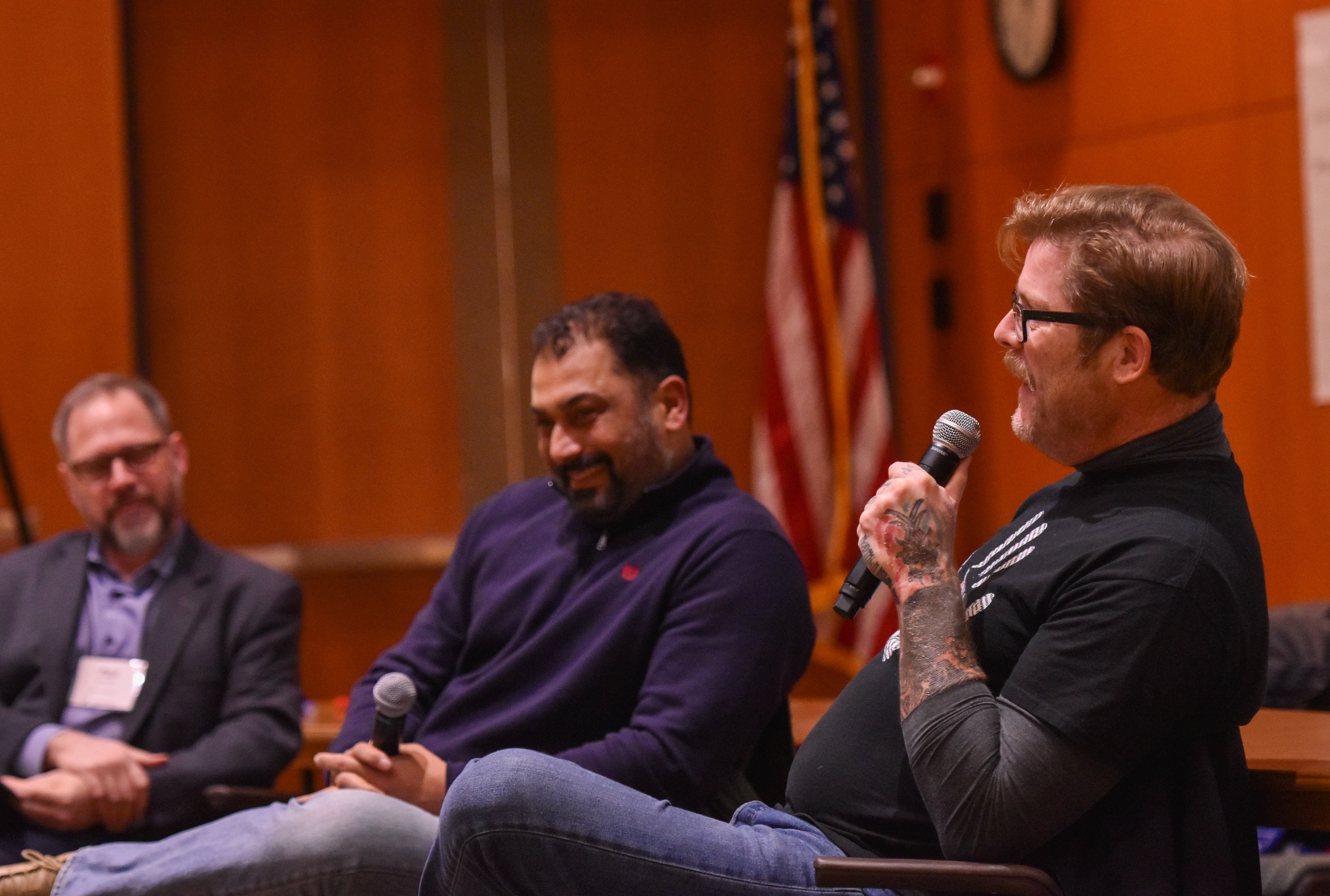 Michaelis and Kaleka also stressed the value of establishing a "gray area" in extremists' otherwise "black and white" minds. In Michaelis' experience, violent extremist ideologies often center on establishing certainty in the minds of their followers: an unquestionable belief in the principles and concepts they promote.

According to Michaelis, rather than suggesting that an extremist's beliefs are wrong or that they should abandon them, creating a "gray zone" of uncertainty about the ideology they follow and its principles is more productive. This is a crucial first step in helping them see beyond the ideology they follow without undermining or invalidating their beliefs.

Michaelis and Kaleeka recommended that ABH partners keep acceptance in mind as they focus on creating mental and behavioral health solutions for their community residents. With their projects now heading into the initiative's two-year transformation phase, community coalitions will continue their work to create positive changes in mental and behavioral health across Wisconsin. 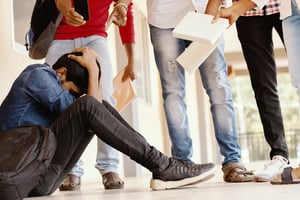