Is Wisconsin Waking Up Refreshed? The Science of Sleep Health 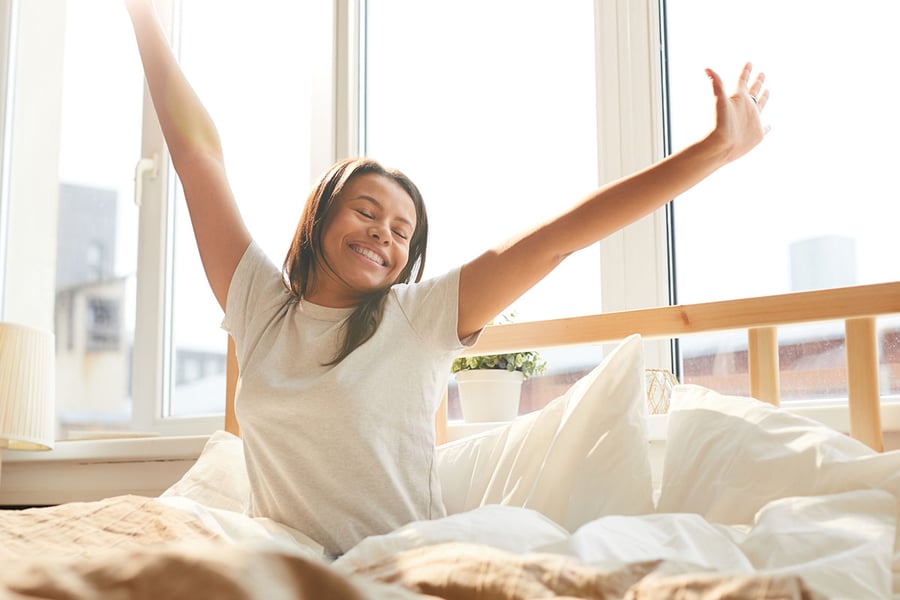 Are Wisconsinites getting a good night’s sleep?

Sleep is extremely important for mental and physical health, but millions of people have sleep disorders that disrupt their health and affect their quality of life.

One of the nation’s prominent research and treatment centers for sleep disorders is right here in Wisconsin. Medical College of Wisconsin’s sleep disorders program includes specialists in pulmonary medicine, neurological diseases, reconstructive surgery, oral and maxillofacial surgery, and psychology. These specialists are working to discover more about the causes of sleep disorders, educate the public on the consequences of inadequate sleep, and treat patients struggling with sleep disorders.

What are the most common sleep disorders and the major components of sleep health? What types of research and treatments are being explored by researchers?

And what can we all do to wake up bright-eyed and bushy-tailed?

In an episode of Coffee Conversations with Scientists, Dr. B. Tucker Woodson, otolaryngologist and professor and chief of sleep medicine at the Medical College of Wisconsin, discusses the most common sleep disorders and the science behind sleep health.

Dr. Woodson says sleep health is a three-pronged process connected to diet, exercise, and sleep. He adds that there are more than 100 sleep disorders, and that many other biological processes are affected by sleep.

The Consequences of Sleep Deprivation

“We live in a sleep deprived world,” says Dr. Woodson, explaining that good sleep is connected both to the duration of sleep and the quality of sleep.

Too many people get inadequate sleep, but the brain requires sleep to function optimally; it’s a biological need. Immune systems break down, and we become more susceptible to disease when we don’t get enough sleep. Sleep-deprived animals will die, and the same is true for humans. Poor sleep leads to more infections and poorer health.

Our brain is good at adapting, says Dr. Woodson, but the brain is actually fooling you. If you skip sleep to take care of your child, or meet a deadline, you will feel it the next day. The challenge in sleep science is being able to measure that.

That’s where sleep centers and sleep researchers enter the picture.

In the video, Dr. Woodson introduces the most common sleep disorders, and shares how they interact with one another. He also provides some public health education by sharing his own tips for getting a better night’s sleep.

An apnea is defined as a pause in breathing. In adults, it’s about a 10-second pause, or two breathing cycles.

Obstructive sleep apnea (OSA) is when there is a blockage to the upper airway in the throat, or pharynx. It’s soft tissue that is held open by muscles, so when you go to sleep at night, those muscles will relax. If that area is anatomically small or structurally compromised for any reason, it blocks off and causes an apnea.

The brain doesn’t like that. It really likes to breathe a lot, and if you’re not breathing well, the brain recognizes it and will actually wake you up. That’s what we call an arousal. The brain will awaken for a few seconds so the muscles can reactivate, and you can breathe again.

Unfortunately, for people with OSA, this same process happens over and over again. The sleep is fragmented, and the quality of sleep is poor.

Obstructive sleep apnea is linked with high blood pressure, coronary artery disease, congestive heart failure, stroke and heart attack. And it might play a role in diabetes. People with sleep apnea are three-to-seven times more likely than those without it to be in a car crash.

The most common symptom of sleep apnea is snoring.

When the airway is blocked off, and you’re working harder to breathe in, the tissues will vibrate and flutter and make noise. It’s pretty rare that someone will snore without having sleep apnea.

Dr. Woodson says one of the things he’ll look for in patients is if the snoring is getting worse. It might be getting louder or more frequent, and might progress from snoring only on your back to snoring in other positions.

Another relative of sleep apnea and snoring is fatigue. People might think they are sleeping eight hours, but they really aren’t. They wake up feeling fatigued and tired. There are risk factors for sleep apnea, including being obese or overweight. So, it’s important to talk to primary care doctors if you are experiencing daytime sleepiness, even after getting a full night’s sleep.

Insomnia is when you have trouble falling asleep, or staying asleep. It’s quite common for people to have overlapping issues that affect the quality of their sleep, so sleep researchers are often looking for ways that the physical aspects of sleep are affecting the quality and duration of sleep.

The Role of Caffeine

“We’re a caffeinated society,” says Woodson. “And caffeine is a really potent stimulant drug.” Caffeine inhibits something called adenosine, which builds up in your brain during wakefulness and actually contributes to the onset of sleep.

People get habituated to caffeine, so it has less effect as they drink it for long periods of their lives. That’s why patients tell Dr. Woodson they can drink a pot of coffee and go right to sleep.

But for some people, coffee also has a rebound withdrawal effect, causing headaches and mood changes. Dr. Woodson recommends if you are using coffee for the wakefulness effect to try to limit it and use it strategically, like in the morning.

Being overweight or obese creates risk factors for sleep apnea. It also increases the likelihood of inflammatory issues, which affect many disease processes, including sleep.

It’s also a double-edged sword, says Dr. Woodson. People who are sleep deprived are at risk of increasing their weight. So, sleep deprivation is a risk factor for obesity.

In children data are showing that inadequate sleep duration is a significant risk for obesity. It’s both a metabolic issue and a behavioral one. When you’re sleepy, your appetite tends to increase, especially for high-density carbohydrates that people crave when they are sleep deprived.

Dr. Woodson says there is not a magic medication that will make someone wake up bright-eyed and bushy-tailed. We know what doesn’t work: alcohol.

But there are some products that will help people fall asleep more quickly. Most doctors advise using them for short durations.

There are other behavioral therapies for people with chronic sleep problems. They often address the precipitating factors that cause sleepless nights.

When people can’t sleep, they sometimes perpetuate a cycle of worry that keeps them up.

Medical College of Wisconsin’s sleep disorders program publishes a Healthy Sleep Guide based on advice from the American Academy of Sleep Medicine.

The following are Dr. Woodson’s tips for better sleep.

Tips for Getting Better Sleep

What are the promising areas of treatment and care for sleep disorders in Wisconsin?

When it comes to treating sleep disorders in children, Wisconsin has one of the nation’s highest ranked programs. The Medical College of Wisconsin’s Division of Pulmonary and Sleep Medicine is the state’s only pediatric sleep center that has received accreditation by the American Academy of Sleep Medicine. Providers at Children’s Wisconsin work in conjunction with MCW to treat more than 8,000 outpatients and 2,500 inpatients each year.

The division’s faculty and fellows played a key role in identifying the lung condition caused by vaping: E-cigarette or Vaping Product Use Associated Lung Injury (EVALI). The faculty has also helped push for state and national limits on the sale of vaping products to minors.

Dr. Woodson is involved as a co-investigator in an AHW Endowment-funded project that seeks to improve the methods of detecting and treating obstructive sleep apnea (OSA).

As many as 24% of men and 9% of women in Wisconsin have obstructive sleep apnea (OSA).

Determining the Phenotype of Airway Collapse in Obstructive Sleep Apnea is a project led by Principal Investigator Guilherme Garcia, PhD, Biomedical Engineering. The investigators are seeking to develop low-cost, non-invasive methods to improve diagnosis and treatment of OSA.

With top-notch academic researchers and sleep specialists collaborating to address the prevalence of sleep disorders in Wisconsin, we can all rest a bit easier. 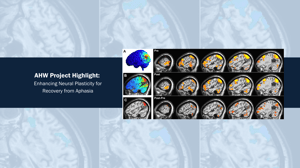 Aphasia: New hope for improving language recovery after a stroke