The Advancing a Healthier Wisconsin Endowment is proud to announce that AHW Director Jesse M. Ehrenfeld, MD, MPH, has been named a Notable LGBTQ Executive by BizTimes Milwaukee.

The inaugural list, featured in the April 27, 2020, edition, showcases 13 individuals who were nominated by their peers as leaders in shaping a better future for the region.

Dr. Ehrenfeld was nominated by Cheryl A. Maurana, PhD, founding director of AHW and senior vice president for strategic academic partnerships at the Medical College of Wisconsin. In nominating Dr. Ehrenfeld for the award, she noted: “In many ways, Dr. Ehrenfeld has dedicated his career to standing up for those who cannot. He is passionate, innovative, and tireless. Milwaukee – and Wisconsin as a whole – should be proud to have welcomed such a leader.”

Dr. Ehrenfeld has long advocated on behalf of LGBTQ individuals. Early in his career, he served as chair of the Massachusetts Committee on LGBT Health, chair of the Massachusetts General Hospital LGBT Employee Resource Group, a member of the Board Committee on Quality at Fenway Community Health Center, and a member of the AAMC LGBTI Liaison Group.

As faculty at Vanderbilt University, Dr. Ehrenfeld co-founded and directed the Vanderbilt Program for LGBTQ Health. For his work in capturing photographs and supporting the lives of LGBTQ people, Dr. Ehrenfeld was recognized in 2015 with a White House News Photographers Association award and, in 2016, with an Emmy nomination for his work on the New York Times-produced documentary, “Transgender, at War and in Love.” In 2017, he received the Diversity Champion Award from the Tennessee Hospital Association. In 2018, in recognition of his outstanding research contributions, he received the inaugural Sexual and Gender Minority Research Investigator Award from the Director of the National Institutes of Health (NIH).

As a U.S. Navy combat veteran, Dr. Ehrenfeld testified before Congress in 2019 to advocate on behalf of transgender service members. In November 2019, he led the American Medical Association in calling for a ban on conversion therapy for all ages nationwide.

Dr. Ehrenfeld joined AHW as director and senior associate dean with the Medical College of Wisconsin in September 2019, bringing his focus on health equity and health disparities to AHW’s work to improve health across Wisconsin. 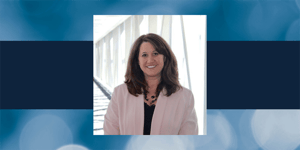